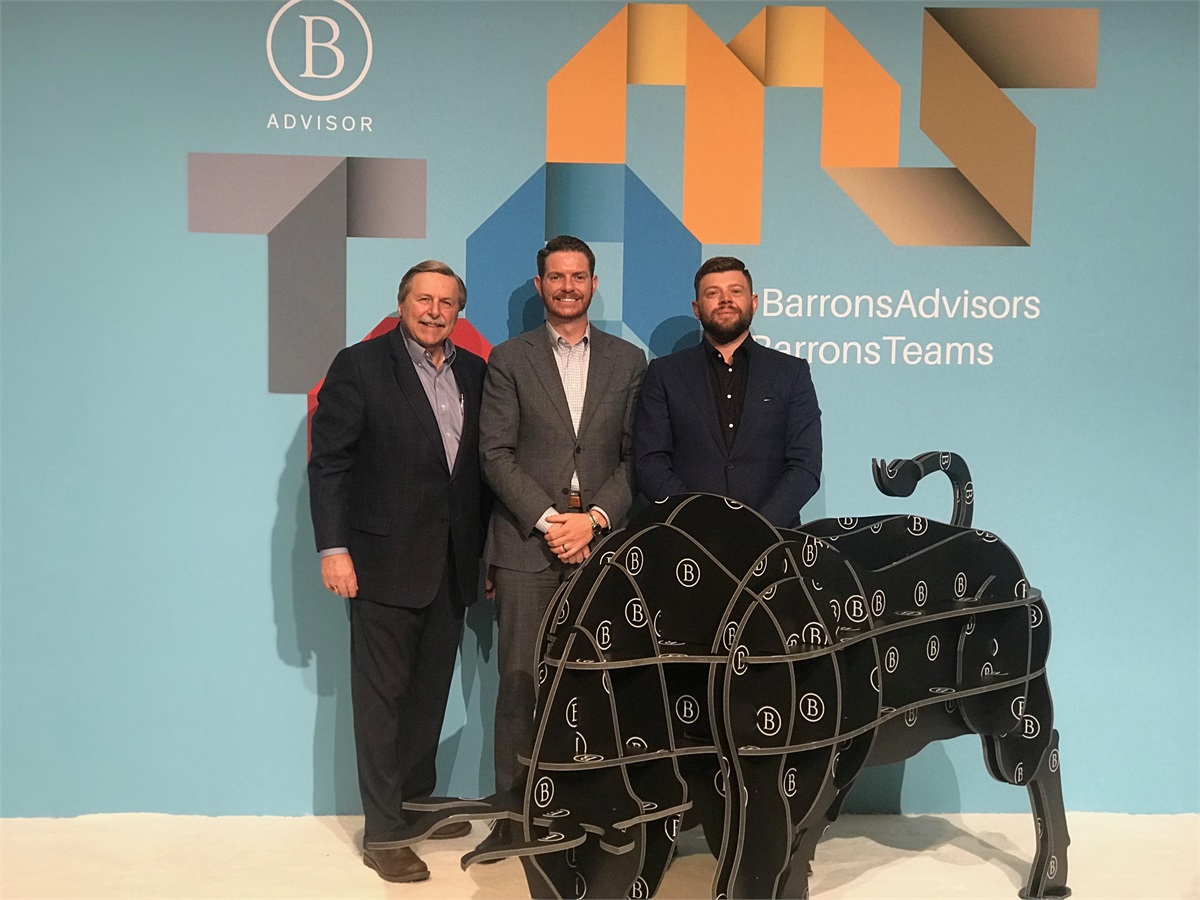 The Barron’s Team Summit occurs for three days every year as an opportunity for elite-tier advisors to learn from other top performing financial advising teams. This conference is by invite only and for the second consecutive year Denver Wealth Management’s advisors were invited.

Through attending the conference every year, our advisors come back with new leadership skills along with insight to market trends and ideas.

The Barron’s Team Summit has allowed our advisors to learn and implement more industry best practices to benefit our clients. Our advisors were offered seminars on team building, financial planning, relationship management, and business development.

During their time at the Summit, our team found the most impactful takeaways from these three seminars:

The opportunity to network with and hear from Jim Kelly is incredible. Jim’s personal story is one of perseverance.

Jim was a quarterback at the University of Miami. During his senior year, on the tail-end of a Heisman-worthy season, he dislocated his shoulder. Despite doctors telling Jim he may lose complete range of motion, he pressed on and played in the NFL for the Buffalo Bills, leading them to four consecutive Super Bowls.

Off the field, however, is where Jim faced most of his adversity. His son, Hunter, was born in 1997 and was given no more than three years to live after being diagnosed with Krabbe Disease – a disorder of the central and peripheral nervous system. Jim and his wife lost Hunter when he was eight years old. In 1997, Jim and his family started Hunter’s Hope Foundation, which was established to address the need for research on Krabbe disease.

In 2013, Jim was diagnosed with squamous cell carcinoma in his jaw. After undergoing surgery, the cancer returned in 2014. In 2018, Jim underwent further surgery and defeated the cancer.

As mentioned previously, Jim’s story is one of perseverance, and was one of the most influential presentations at the conference.

Andrew Bernstein is the founder of the Resilience Academy and the author of The Myth of Stress. In this conference Andrew spoke on leveraging stress to become a happier person, rather than allowing it to push others away.

During his presentation, Andrew referred to the Grant Study, which is one of the longest human behavioral studies in history. The study began in 1938, tracking the health of 268 Harvard sophomores.

Among the vast collection of behavioral health data documented throughout the study, Andrew shed light upon the number one finding – the two variables that are the key to happiness in life: love and the ability to cope with life without pushing love away.

This seminar discussed happiness not only as it’s relevant in our daily lives, but the impact it has on our financial lifestyles as well.

Nicole Malachowski is a 21-year veteran of the United States Air Force. Not only was she the first female to pilot on the Thunderbirds Air Demonstration Squadron, but she was “an instructor, a White House fellow, and an inductee into the Women in Aviation International Pioneer Hall of Fame” (Barron’s).

Nicole knew she wanted to be a pilot from the age of five years old.

The biggest takeaway from Nicole’s presentation was the following quote:

This is the quote that convinced her to take a chance on herself and, here at Denver Wealth Management, we believe this to be true especially in the lifestyle of younger generations. Life is about taking risks, but when you’re young with no family obligations, etc., you have the chance to travel and explore professional opportunities.

The Barron’s Team Summit was a great opportunity for our advisors and we look forward to next year’s conference.